Aftermath of the Beirut Port Explosion: Between Law, Insurance & Sympathy 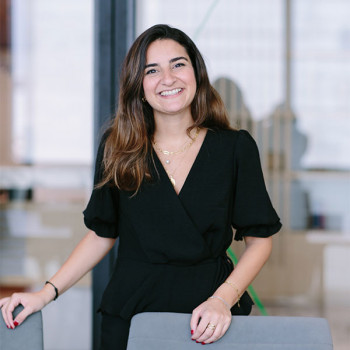 Two weeks ago, more than 2,000,000 people living in the City of Beirut survived the impact of one of the biggest explosions in the history of mankind. The devastating explosion in the Port of Beirut on August 4, 2020, left the whole world overwhelmed.

We were all damaged by this horrible explosion in one way or another. I saw my beloved city – Beirut - bleeding and hurt everywhere. I will always carry the scars of that day with me wherever I go.

Sadly, this explosion killed more than 200 people, injured more than 7,000, and left more than 300,000 homeless. In addition to the number of dead and injured, there is massive property damage all over the capital, which is now cited to be more than 15 billion Dollars. Homes, shops, restaurants, institutions, and even hospitals were left non-operational and in ruin. Furthermore, most of the Beirut Port’s areas are destroyed, including the Grain Silos located immediately next to the site of the deadly explosion: Warehouse No. 12.

Based on current reports, the explosion involved around 2,750 Tons of Ammonium Nitrate, which had been seized from a shipping vessel in 2014, by the Port of Beirut authorities. As reported, the Ammonium Nitrate was stored since then in Warehouse No. 12. However, the direct cause of how and why the explosion occurred remains unknown to date.

With all of this in mind and with a heavy heart, I will look to answer several questions that I believe are relevant from a legal perspective, especially in relation to the allocation of liabilities and consequences of the blast on the victims.

Who will be held liable for all the damages sustained as a result of the Beirut explosion of 4 August? And most importantly - who will compensate the victims and who will be accountable for repairs?

The Lebanese people have understandably demanded a credible investigation seeking nothing less than the ‘truth’ behind this dreadful explosion. Nevertheless, and as with most other Lebanese matters, the investigation proceedings have so far started with political wrangling over which judicial body had jurisdiction to look into the explosion file and over the nomination of a lead investigator.

The Lebanese government, just before tending its resignation a few days ago, had referred the file of the ‘Beirut Port Explosion’ to the Higher Judicial Council in pursuance of the provisions of Article 355 of the Lebanese Penal Procedure Law. The Higher Judicial Council is an exceptional court having exclusive jurisdiction over the crimes mentioned under Article 356 of the Lebanese Penal Procedure Law including crimes committed against public safety and security, and crimes related to the breach of job’s duties and abuse of powers.

The investigations have been launched to determine the direct cause of the blast and who is responsible for unsafely storing this large cache of Ammonium Nitrate in the middle of the Lebanese capital, and risking the lives and safety of capital residents for the last six years.

The Higher Judicial Council will now consider the criminal liability of the governmental officials in this regard. The judicial authorities have so far interrogated many officials, including the Customs Director-General, Port Director-General, National Security Chief, Port administration personnel, customs personnel, and employees involved in maintenance-related tasks at the warehouse. Some were placed under house arrest, and their bank accounts were frozen by an order issued by the Central Bank.

Former Ministers of Public Works and Transport as well as former Ministers of Finance are also to be interrogated in respect of this blast, and more specifically, of the storage of the Ammonium Nitrate in the Port. However, it is to be noted that the Higher Judicial Council has no jurisdiction over the crimes committed by Ministers. The latter may however be prosecuted before the Supreme Council to Try Presidents and Ministers.

Should any of the former Lebanese Ministers be responsible – will they be judged? Will their immunity be lifted to do justice to the victims of this tragedy?

Importantly, the Republic of Lebanon should be held liable for damages caused by acts or omissions committed by its officials in the course of their public duties. Seeing as the explosion is likely connected to the negligent, unsafe, and potentially illegal storage of Ammonium Nitrate in a warehouse in the Port by governmental officials, the Republic of Lebanon should be then responsible towards the victims of the explosion and will have to compensate them.

It is worth mentioning that the President of the Beirut Bar Association declared that he would initiate a claim on behalf of victims, against the Republic of Lebanon before an international court deemed competent.

The Lebanese government and the victims are currently assessing the damages resulting from this terrible explosion.

Just a few hours after this catastrophe, Lebanese civil society has shown remarkable solidarity with the victims - while the Lebanese government was unfortunately absent on the ground. Many volunteers mobilized – and continue to mobilize - to support and provide cleaning operations, reparation works and distributing food and medicine. Moreover, the international community as well as several multinational and local NGOs have all offered help and assistance to the people of Beirut who are facing a severe humanitarian crisis.

The High Relief Committee, which is a committee that manages crisis relief, along with a select Lebanese army committee, are now evaluating and estimating the total cost of the damage. The victims of the explosion are encouraged to apply to the High Relief Committee relating to the damages they sustained and submit any supporting documents, to obtain reparations. The victims may alternatively proceed with the reparation works and submit invoices before said Committee for reimbursement.

But while facing a serious economic and political crisis in the midst of challenging COVID-19 pandemic – to what extent will the Lebanese government be able to compensate the victims of the explosion? Do the people still have faith in the Lebanese government to reconstruct and repair their properties? Or will they just leave the city to potential investors and commissioners?

Many are now asking the insurance sector to stand by the victims of the dramatic explosions of the Port of Beirut and to bear the cost of necessary reparations. It has been cited that the insurance companies are expecting approximately 10,000 claims in relation to the explosion.

Any person or corporate entity who suffered from physical damages or property damages - e.g. to their homes, vehicles, businesses, or other insured properties – may have a claim under the insurance policies related thereto. All coverage claims will however be put on hold at this stage, seeing as insurance companies are now waiting for the investigation’s results, and more precisely, for the direct reason behind this incident. Furthermore, the coverage will in all cases depend on the applicable terms and conditions of each policy.

As mentioned above, the determination of whether the insurance companies will have to cover the damages resulting from this explosion will mainly depend on the terms and conditions of each insurance policy.

It is essential to note that insurance policies usually do not cover losses arising from acts of war. Such type of incidents is usually listed within the exclusion section of most insurance policies. Should this explosion be qualified as an accident, and in order for the victim to obtain compensation from insurance companies, the relevant policies should also include coverage from such types of accidents, e.g. explosions, fires.

In respect of insurance covering the Port Warehouse No. 12, it will be essential to confirm whether the relevant insurance policy would allow the storage of dangerous material, and in the affirmative, whether the 2,750 tons of Ammonium Nitrate were stored in pursuance of the terms and conditions set out in such a policy.

Accordingly, the investigation results will determine whether the insurance companies will have to cover the damages caused by the explosion and to what extent.

Will the Lebanese insurance companies be able to cover all the damages resulting from this explosion?

The insurance companies are currently facing some unfounded attacks from several parties in the media for ‘being late’ on settling the claims of the victims. The insurance sector is being pressured to support the cost of the repairs, regardless of the terms of the applicable policies and procedures.

The insurance companies should surely honor their obligations towards the victims of the explosion in pursuance of the terms of the applicable policies, but should also not cover for the duties and responsibilities of the Lebanese government in this respect.

Having said that, the private sector seems to have to pay, once again, the price of the negligence and incompetence of the Lebanese government. Instead of supporting the insurance sector, which is one of the very few alive sectors in Lebanon, it has been left alone to fight another battle.

So, what happens next? Will Beirut rise again from the ashes?

It is evident that only a thorough investigation will bring some clarity to the cause of this incident and only a fair trial of those responsible will be able to alleviate part of the suffering of the people. As for our beloved Beirut, and despite everything, it will surely collect its broken pieces and rise again from the ashes.

Beirut Blast - You May Have Coverage for Damage

Potential Compensation Sources The tragic and catastrophic explosion that occurred in Beirut, beyond the immediate health and safety concerns, raises...

In this article, Johnny El Hachem provides an overview of two significant projects in Lebanon: The Water Supply Augmentation Project...

The method used to tap the real attitude of the main Islamic industry players in Lebanon has raised several questions:...