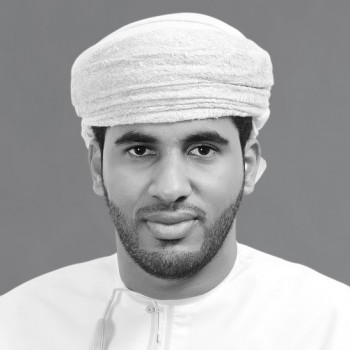 Mundhir Al Barwani Partner mundhir.albarwani@bsabh.com
Although there is no separate bankruptcy law in Oman, both the Commercial Code of 1990 and the Commercial Companies Law of 1974 provide a framework for the bankruptcy of traders and liquidation of insolvent companies. Under the laws of Oman, bankruptcy of a person must be declared by the Court. Article 579 promulgates that, “Every merchant who faces difficulties in his financial activities and suspends payment of his commercial debts may be adjudicated as bankrupt. The suspension of payment of the debt shall prove the difficulties faced in the activities unless it is proven otherwise.”

When an insolvent person declares bankruptcy, the interests of that person will cease to accrue on the debts. Upon the declaration of bankruptcy, debts should be settled in the following order of priority: 1. salaries of employees; 2. government dues and taxes; 3. preferred or secured creditors; 4. unsecured creditors

The Commercial Companies Law sets out the grounds for dissolution or liquidation of a company. The declaration of bankruptcy of a company is one of the grounds for its dissolution. As a result of being declared bankrupt, a company must be liquidated and struck off the Commercial Register. The court will usually appoint a liquidator for effecting the transfer of the company’s remaining assets. The liquidation is usually effected by way of judicial sale or public auction. In accordance with the Law of Commerce, after being declared bankrupt, the company is required to surrender the management of all assets to the appointed administrator in bankruptcy. Bankruptcy does not have the immediate effect of vitiating, or automatically terminating, those contracts that were entered into by the bankrupt prior to his or her declaration of bankruptcy. Any contract entered into by the bankrupt before the date of declaration of bankruptcy remains valid and continues to exist although certain obligations under those contacts may become suspended by reason of bankruptcy. Commonly, commercial contracts include the right to termination for a party in case the other party under the contract is declared bankrupt.

Speaking about the effect of bankruptcy on employees, Oman Labor Law states that the liquidation, insolvency or bankruptcy and final authorized closure of an employer is valid ground for termination of the employment contract by that employer. What is the effect of bankruptcy on parties to a contract? Generally, a contract counterparty is not responsible or liable to third parties, including employees of the other party, if the other party to the contract becomes bankrupt. Any obligation of the bankrupt party towards its employees remains with that party. It is important to consider the situation within which the contract is terminated and if the counterparty would like to replace the bankrupt party with another contractor. Book 5 - Chapter 3 of the Commercial Code of Oman sets out various provisions relating to the Termination of the Bankruptcy.

The court after preparing the final list of the debts may end the bankruptcy upon the bankrupt’s request if he has fulfilled all the debts owed. However, the Court shall not rule the end of the bankruptcy for the absence of the creditors' interest, unless after perusal of the liquidator's report. The report should state that one of the two conditions has been satisfied such as, proving the bankrupt debtor has fulfilled all the debts of the creditors or he has deposited at the liquidator, the amounts necessary for the fulfilment of the said debts, such as assets, revenues and expenses. As soon as the debtor meets these conditions the bankruptcy shall be ended immediately upon issuance of the judgment and he shall recover all his rights. No judicial composition shall be concluded with a bankrupt who is guilty of fraudulent bankruptcy. The conviction of a default bankrupt shall not prevent composition to be concluded with him.

In a situation where the bankrupt is guilty of fraudulent bankruptcy or default bankruptcy he/she shall only be discharged according to the provisions of Omani Penal Law. If the bankrupt is a joint partner in a company adjudicated bankrupt, he shall only be discharged after fulfilling all the company's debts within a period not exceeding three years, even if the said partner has come to a different arrangement with his creditors. If one of the creditors refrained from collecting his debt, was absent or his address is unknown, the debt may be deposited at the Treasury of the Court. The deposit certificate will replace the discharge.

Once deceased, the bankrupt shall be discharged, at the request of one of the heirs, according to the provisions set in Chapter 3. The discharge application shall be submitted along with the supporting documents to the Court that issued the judgment of adjudication of bankruptcy. The Court shall immediately send a copy of the application to the Penal Prosecution Authority and to the Secretariat of the Commercial Register for publication thereof. The Court shall also notify the creditors whose debts were accepted in the bankruptcy of the discharge application. The summary of the application shall be published in the Official Gazette at the expense of the bankrupt and it shall include the name of the bankrupt, the date of issue of the judgment of adjudication of bankruptcy, the method of end of bankruptcy and a warning for the creditors to submit their objections, if required.

Every creditor has a right to submit an objection to the discharge application within one month from the date of publication of the summary application in the Official Gazette. The objection shall take the form of a written report to be submitted to the Secretariat of the Court and must be accompanied with the supporting documents. The Court may then decide to suspend the discharge application by issue of a final judgment. If the Court rejects the application, it cannot be submitted again until one year from the date of issue of the judgment.

When deciding upon the discharge application, investigations are carried out to determine if one of the bankruptcy crimes or a penal lawsuit was filed against bankrupt debtor, the Penal Prosecution Authority must notify the Court immediately. Therefore, the Court shall suspend the settlement of the discharge application until the completion of investigations or issuance of the final judgment in the penal lawsuit. All the rights forfeited from the bankrupt will be returned to him after the expiry of five years from the date of end of bankruptcy except in cases of fraudulent bankruptcy or default bankruptcy.