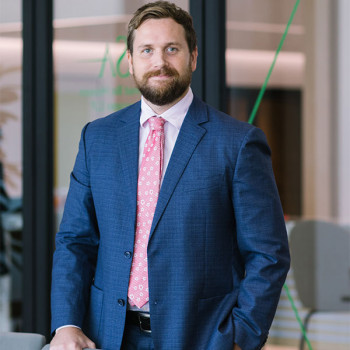 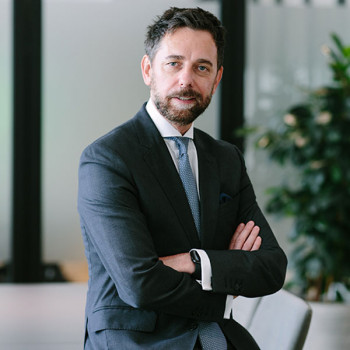 The UAE government released the following two federal decrees during the course of 2020, which operated to merge the (former) UAE Insurance Authority with the UAE Central Bank with effect from 2 January 2021 (the “Federal Decrees”):

The operational changes were implemented pursuant to Article 3 of the CB Law, which states that “The Central Bank and its Board of Directors (were to) replace the Insurance Authority established by the aforementioned Federal Law No (6) of 2007 in all competencies and legislations related thereto...”

The purpose of the Federal Decrees was to transfer the regulation of the UAE insurance sector to the Insurance Division of the UAE Central Bank in an effort to “provide an appropriate environment to develop and enhance the role of the insurance industry in insuring people, property and responsibilities against risks to protect the national economy, encourage fair and effective competition, provide the best insurance services at competitive prices and coverage, and localize jobs in the insurance market”, as well as consolidating one UAE financial services regulator.

At present, the UAE insurance sector has not been significantly impacted by the merger of the (former) UAE Insurance Authority and the UAE Central Bank, although we have noticed a slight increase in the number of regulatory sanctions, such as negative notes issued by the Central Bank and fines being issued within the health insurance sectors, which are also regulated by the Dubai Health Authority (for the Emirate of Dubai) and the Department of Health (for the Emirate of Abu Dhabi.

The Central Bank, as a unified central financial regulator, is expected to adopt principles-based regulations moving forward (“Principles-based regulation uses the broad set of principles of conduct set out by the financial services regulator. These principles are then left to regulated parties to decide how to most appropriately implement them”), including developing market and business conduct rules for the insurance sector. Also anticipated is further consolidation of the UAE insurance sector through mergers and run-offs, which to some extent has already been seen in the takaful market.

Innovation within the Insurance Sector

There was further innovation within the UAE insurance sector in 2021, with the UAE Central Bank’s implementation of the insurance regulatory “sandbox” and supporting regulations, which were developed to define the regulatory framework for the operation and management of the experimental environment within the insurance sector to allow small-scale, live testing of innovations by private firms in a controlled environment to “encourage innovation and development of novel products, technologies, and business models”.

The UAE Central Bank accepted sandbox applications during March/April and September/October 2021 and issued its decisions in May and November 2021, respectively. The successful applicants were granted either six or 12 months to participate in the experimental environment, hence, any new products and technologies will likely be implemented (if accepted by the UAE Central Bank) towards the mid-end of 2022.

Further, the UAE Central Bank (in collaboration with the Securities and Commodities Authority, the Dubai Financial Services Authority – DIFC, and the Financial Services Regulatory Authority – ADGM) launched a four-week consultation on 1 June 2021 on the “Guidelines for Financial Institutions Adopting Enabling Technologies”. The objective of the guidelines was to promote the safe and sound adoption of these technologies by financial institutions across the UAE, so that the risks arising from the adoption of innovative activities were proactively and appropriately managed.

With the rapid implementation of digitisation across the UAE (and Middle East), and an emphasis on transforming the UAE insurance market into a smart insurance market to promote insurtech, we expect that the UAE Central Bank will continue to encourage and promote collaboration between traditional insurers and “insurtech” firms, which focus on technological innovations to improve the efficiency of the development, distribution, and aggregation of insurance policies. At presents, the UAE seems to be a little behind with insurtech development compared to other mature insurance jurisdictions.

With the impact of COVID-19 continuing throughout 2021, the insurance sector has needed to continue to adapt and evolve to balance the needs of the insured parties and the insurance business interests. Policies are continuing to tend towards exclusions for a broad range of communicable diseases, particularly within the business interruption and health insurance lines of business.

Despite the tightening of the policy wording, we are noticing that several (cedent) insurance policies are failing to follow the insurance guidelines, which compromises the integrity of the applicable exclusions/defences, and the overall intention of the policies.

“The insurance policy... shall be written in Arabic language to which may be attached a comprehensive translation in another language. In case of discrepancy in the interpretation of the policy, the Arabic text shall prevail” (as per Article 28(1) of Federal Law No 6/2007 on the Regulation of the Insurance Operations).

[The Policy is to] “use clear legal and technical language for the Insured, subject to accuracy in setting forth the conditions to avoid misunderstanding by third parties” (as per Article 7 (1) of the UAE Central Bank (formerly, the Insurance Authority) Board Resolution No 3 of 2010).

[The Policy is to] “describe the subject matter insured and accurately determine the Sum Insured and scope of the coverage to avoid any confusion to the other parties” (as per Article 7 (4) of the UAE Central Bank (formerly, the Insurance Authority) Board Resolution No 3 of 2010).

Policy defences/exclusions are to be in a conspicuous form

“The following conditions in an insurance policy are void... (c) any printed condition, that is not shown in a conspicuous manner, relating to a situation involving nullity of the contract or forfeiture of the insured's right” (as per Article 1028(c) of the UAE Civil Code).

“The Policy shall be clearly printed in a legible font, particularly to observe the following when printing the Policy: ... each condition pertaining to any event that may lead to the nullification of the contract or the lapse of the Insured's right shall be printed in conspicuous style (ie, in a different font or different color)” (as per Article 7 (2a) of the UAE Central Bank (formerly, the Insurance Authority) Board Resolution No 3 of 2010).

“Clauses in the policy exempting the Company from liability must be written in bold characters, in a different print colour, and initialled by the insured” (as per Article 28(2) of the Federal Law No 6/2007 on the Regulation of the Insurance Operations).

Separate arbitration agreement (if that is the intended dispute resolution forum)

“The Arbitration Clause shall be printed as a special agreement separate from the general terms and conditions incorporated in the Policy” (as per Article 7(2b) of the UAE Central Bank (formerly, the Insurance Authority) Board Resolution No 3 of 2010).

“The following conditions in an insurance policy are void: ... (d) The arbitration clause, if it is not included in a special agreement separate from the general conditions printed in the insurance policy” (as per Article 1028(d) of the UAE Civil Code).

Note, that there has been some development around Article 1028(d) mentioned above in terms of the new UAE arbitration law, where this legal provision may be redundant insofar as the insurance coverage relates to commercial insurance (see below)

The new Arbitration Law, to some extent, makes the provisions of Article 1028(d) of the UAE Civil Code (see above) redundant when it comes to commercial insurance. While it does not repeal Article 1028(d), it does allow for binding arbitration without the need for a separate agreement. Accordingly, a simple written reference to arbitration, as a clause in the policy, referencing the dispute forum will suffice for commercial insurance as the provisions of the Commercial Code (Federal Law 18 of 1993) are applied.

A relatively newly constituted Insurance Disputes Settlement and Resolution Committees was set up, by the then Insurance Authority (the previous UAE insurance regulator), to deal with all UAE insurance disputes that insureds, beneficiaries and third parties have with UAE insurers. This is a mandated procedure before the parties can commence legal proceedings in the UAE courts, unless otherwise exempt, for example, where the parties have agreed arbitration as the dispute forum.

Insurance disputes can also be litigated in the UAE courts, and often are based on the local insurers' requirements to use local jurisdiction as the forum, including both the Abu Dhabi and Dubai courts. However, before insurance litigation proceedings can be issued and filed in the UAE courts, the dispute must be channelled through the Insurance Disputes Settlement and Resolution Committees.

While not common, there has been a slight uptake in the use of mediation as a dispute forum, especially with rather complex insurance disputes that involve multiple parties and interests.

This article was originally published on Chambers.com

2021 in Review: The Legal & Regulatory Changes Impacting Insurance This Year

2021 was a further year of innovation for the insurance...

The following article was originally published for BSA in the...

At the end of November 2021 the UAE adopted the largest legislative changes in its history, with more than 40...