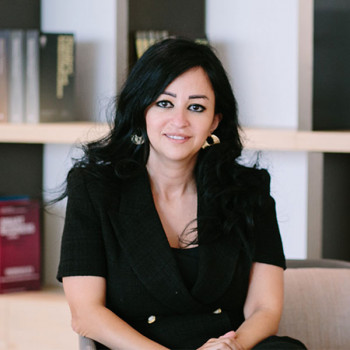 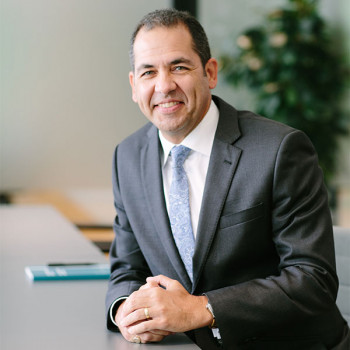 Robert Mitchley Senior Associate robert.mitchley@bsabh.com
Six years ago, the United Nations put together a universal call to action to end poverty and protect the planet. This was in the form of the Sustainable Development Goals (SDGs), also known as the Global Goals. Access to affordable, reliable and modern energy was demarcated as one of these SDGs, with renewable energy noted as a particular point of significance. Diversifying beyond hydrocarbons, which are a finite resource, will provide greener, cleaner energy that is sustainable over the long term.

The Covid-19 pandemic has also changed the landscape in respect of where energy is most needed, which has in turn affected where demand is seen in renewables. Renewable energy’s use in transport has been curtailed, but there has been a jump in renewable electricity generation, due in part to lockdown measures.

From hydro energy to tidal power, the UN has said that increased efforts in renewables worldwide are needed – with the current rate of energy efficiency improvement falling short of a global 3% target. However, financial flows to developing countries for renewable energy are increasing, with $21.4 billion tracked as of 2017.

In the Middle East, renewables are firmly on the agenda, with several big projects, particularly in solar power, leading the charge across the region. Traditionally a major source of fossil fuels, the region is also investing in low carbon sources to support the UN sustainability goals and to diversify its energy sector.

The UAE has been a keen investor and user of renewables within the region, recording 193.2 watts per capitain renewable energy in 2019, compared to its Middle Eastern counterparts including Jordan (162.6 watts), Egypt (59.5) and Saudi Arabia (11.6).

The country also has some ambitious aims: specifically, that clean energy makes up 50 per cent of its energy mix by 2050, and that its carbon footprint of power generation is reduced by 70 per cent from its present level. The Mubadala Development unit, part of the Abu Dhabi Government's Mubadala Investment Company, has billions invested in energy projects around the world including the UAE, the UK, Jordan and Spain.

Together, wind and solar PV are responsible for more than half of the increase in renewable electricity consumption observed over the past 10 years worldwide. Solar is a natural calling card for the Middle East, with some of the world’s largest projects based in the UAE and Saudi Arabia.

The UAE’s photovoltaic power potential is being put to the test, with four solar projects currently in the works. They include a project in the Al Dhafra region that spans 20 square kilometres of desert and contains 4 million solar panels, as well as the fourth (950MW) and fifth (900MW) phases of the Mohammad bin Rashid Al Maktoum (MBR) solar facility, one of the world's largest renewable projects.

The Saudi Arabian energy company ACWA introduced Sakaka in April of this year, a 300MW PV plant and the first developed under the National Renewable Energy Programme of Saudi Arabia (NREP). The programme aims to reach 58.7GW of renewable energy generation by 2030, with 40GW of the energy mix derived from solar.

Egypt also recently completed its estimated $2.1 billion solar park, Benban. The country is aiming to increase renewable’s share in electricity to 20 per cent by 2022.

With solar a natural connection for the sunny Middle East, the region has also stepped up its game in wind power. Morocco installed 92MW of new wind power capacity in 2020, followed by Jordan (52MW), Iran (45MW), and Egypt (13MW), according to GWEC Market Intelligence.

Though finding places for wind turbines poses more of a challenge than the creation of a solar park, nations have begun to draw up altitude profiles and spatial information to find geographically suitable locations. The UAE created a “Wind Atlas”, which gives hourly meteorological data at multiple heights and a spatial resolution of 500 metres over a 10 year period.

Saudi Arabia broke ground on its first wind farm, the $500 million Dumat Al-Jandal, in 2020 – installing the first of an estimated 99 turbines in August of last year. Led by EDF Renewables and Masdar, the farm is expected to provide clean energy to 70,000 Saudi households each year.

Masdar is also one of three major investors in the Middle East’s first utility-scale wind power project in Jordan. The 117MW Tafila Wind Farm, which cost an estimated $287 million and consists of 38 turbines, is said to have increased the country’s total power capacity by 12 per cent.

Green hydrogen is one of the more recent alternative fuels to emerge in recent years. The fuel is carbon-free and made from water, using renewable electricity to split hydrogen from oxygen molecules.

A green hydrogen plant in Saudi Arabia’s proposed mega-city NEOM is on the cards: the Helios Green Fuels hydrogen project is being spearheaded by Saudi-based Acwa Power and US-based Air Products and Chemicals Inc.

In the UAE, Dubai’s Electricity and Water Authority (DEWA) and Siemens Energy completed a solar-powered green hydrogen plant that it estimates will produce around 20.5kg of hydrogen per hour and uses power from the Mohammed bin Rashid Al Maktoum Solar Park. There are also plans for a 250MW hydroelectric power station project in Hatta, with a storage capacity of 1,500-megawatt hours.

Meanwhile blue ammonia – a low-carbon ammonia – is on the books for the Abu Dhabi National Oil Co., which announced a facility to be built in the industrial hub of Ruwais.

A key element of achieving net-zero emissions, hydrogen has the potential to create a fully decarbonized economy. Countries such as Germany and Saudi Arabia have been strong proponents of sustainable fuel, with it remaining to be seen whether more countries and nations will follow their lead.

According to the report, the world will in the future need less energy, even as the global population increases and world economies grow. Large energy-efficiency improvements in all sectors, and accelerated electrification, will see primary energy supply peaking at 638 EJ in 2032. The report further forecasts that the fossil-fuel share of the energy mix will decline from 81% in 2020 to 54% by 2050. This is still a large portion of the world’s energy requirement, which means that investment in new oil and gas production capacity and maintenance of the existing capacity facilities is still required, to ensure output levels can meet the forecasted demand.

Interestingly, DNV forecast that gas is set to become the world’s primary energy source by 2050, which will reach its peak demand by 2035.

It is evident that the Middle East, through its vast reserves of oil and natural gas remain a key participant in ensuring the security of energy needs of the world for the coming decades, while the transition to the use of renewable energy sources continues and develops further. The driving force for this transition is the reduction of greenhouse gas emission levels with the global push to meet the targets set out in the Paris Agreement on Climate Change.

The Greener Future of EVs

On the back of Electric Vehicle Innovation Summit (EVIS), the...

At the recent COP26 summit in Glasgow, India made the...

The following article was originally published in Climate Control Middle...

&nbsp; Iran Sanctions Agreement The 14th July announcement that the...

'Ten years on and Erbil has evolved from a backwater...