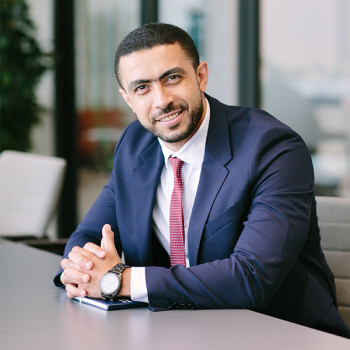 Construction claims arearguably the most complex claims in the legal sector.This is mainly due to the complexity and the technicalities of the project in question. It is well-known that the more complex the project, the more complex the potential dispute. Considering their complexity, in litigation, the counsel assigned to lead the claim most likely will confront some of the practical obstacles that make it a real challenge to pursue a winning case. It stands equal the source of such barriers either related to the nature of the case at hand, like the level of the complexity and the client’s position, or external factors relating to the legal proceedings generally.

At the outset, in UAE, like any other claim, delay claims are subject to the general principle that the onus of proof rests on the party claiming or benefiting from proving the delay, either to establish the entitlement of the claimed extension of time or compensation resulted out of the occurred delay. Unlike the arbitration proceedings, leading a delay case in litigation have its challenging features.

Here are some of these practical obstacles.

Dissimilar to the arbitration proceedings, in litigation, there is no agreed procedural timetable that organises the milestones and deadlines of exchanging submittals. The parties will be subject to the courts’ direction. Sometimes, the court would challenge the counsels and grant them only a few days to submit memorandums, putting them in a formidable challenge to produce a complex technical memo in such a short period. Therefore, to overcome this challenge, the counsel must rely on his/her technical knowledge and drafting skills to meet the deadline instead of losing time in unproductive consultations with the client.

As to the technical perspective, needless to say, because of the technicality associates the construction claims, the court, in all cases, will appoint an Engineer CAE or a panel of trilateral, including at least an engineer, to examine the technical aspect of the matter and to provide the court with a report identifying the respective parties positions.

Before the CAE, it will be the parties’ proper chance to tackle the disputed technical aspects at this phase. Although the CAE’s report is not decisive, it is highly persuasive to the court to adopt its conclusion and determine the case accordingly. Therefore, the counsel must pay the greatest attention at this phase to present his claim.

Nonetheless, if the report’s conclusion were unfavourable to either party, there would be a further chance to challenge the report before the court. Even during the second tier of litigation, since the appeal court has a notable inquisitorial role, the losing party still has chances to change the direction of the case and revert the case to an entire re-examination process.

For instance, before the CAE, it is convenient to let the CAE see that the counsel speaks the engineering language well. For example, in delay claims, since these claims are primarily based on delay analysis techniques, analysis of programmes, and another complex technical language, the counsel should expect to debate the CAE in the applicable delay analysis technique and apply it to the case at hand. Such kinds of debates most of the time happened orally during the meetings, similar to the cross-examination process in arbitration. So, if the counsel does not technically sound firm, the argument would lose its value.

The counsel should also expect that the selected CAE most likely is not at the same knowledgeable level or quality as the experts in arbitration cases. Therefore, the counsel must have substantial acquainted grounds to debate the CAE, challenge his findings if found wrong, and persuade him or the court to change the wrong conclusions.

Not only that, but the technical knowledge will also profoundly impact the management of the case itself, which will affect the case’s outcome. Having the proper level of expertise will practically manage the relationship between the counsel and the client’s team. Throughout the case, nothing irritates the client more than seeing his counsel with no involvement but only drafting what the client instructs to prepare or having a counsel constantly seeking clarification on any piece of information, even basic ones. The client will feel insecure. It should be the other way around. The counsel is the one who should provide the client with the proper strategy, frame, and alternative options during the entire case.

Language could pose a barrier in handling claims. Since Arabic is the language of the UAE courts, construction claims and its high complex technicalities must conduct entirely in Arabic. Therefore, the language would be an obstacle in representing the case effectively.

Most applicable standards and analytical methods, programmes, and other technicalities are introduced to the industry only in English. Therefore, failure to present these standards properly in Arabic would cause a practical misunderstanding of the given arguments, leading to a negative outcome.

On 13 September 2021, Dubai Courts issued Resolution No 9 of 2021 concerning the party-appointed expert in construction disputes. According to Article 1, the claimant is authorised by the case management office’s direction to submit a party-appointed expert/consultancy technical report to support its claim.

Since the resolution is in its initial stages, it is early to determine its practical impact on construction claims. However, practitioners would agree that this resolution is highly effective not only in supporting either party’s respective position and providing a clearer picture to the court but also in shortening the lifetime of the dispute, and this is, of course, if only the respondent failed to substantiate its defence or comments challenging the submitted report.

Nonetheless, this resolution does not guarantee to lessen the complexity of the construction claim since each party would have his technical report, which means two opposite technical reports presented to the court. Therefore, the intervention of a court-appointed expert would be still highly required to produce a neutral report.

In conclusion, leading a successful construction claim before the national courts could be highly guaranteed if the key factors are adequately fulfilled, which will definitely mean saving cost and time.

This article was originally published for BSA inConstruction Week.