Those who seek addiction treatment in Dubai won’t be prosecuted 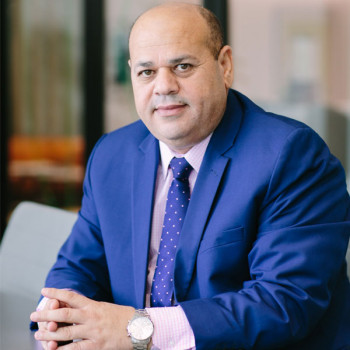 Shaaban Metwally Partner shaaban.metwally@bsabh.com
A relatively new law means that those who seek help for drug addiction in the UAE are exempt from prosecution.

Last year, the UAE government passed a series of laws that aim to approach drug addiction and its effects more holistically, and one of the elements of the UAE Anti Narcotics Law states that those who come forward to authorities to seek treatment for addiction are exempt from prosecution (although multiple offenders may be fined). Family members can even come forward on someone’s behalf, and while those who use illegal drugs used to face a minimum of four years imprisonment in the UAE, they now – if they fit the criteria explained below – will be given treatment (some in-centre and other out-patient) instead.

What many people don’t realise is that the new law means that drug use is now a misdemeanour offence rather than a felony in the UAE (unless someone profits from the drug trade).

And while this isn’t a new law, it’s not one that’s widely known, so to get more clarity we spoke to Shaaban Metwally, Partner at BSA Ahmad Bin Hezeem & Associates, to find out more about how it works…

So the prosecution exemption stated in the law applies to all nationalities living in the UAE?

Article 43 of the Anti-Narcotics is all encompassing and applies to all persons of all nationalities residing in the UAE. The Article goes as far as to provide an exemption for all individuals on UAE land, water or airspace, including those who are visiting the UAE on business, as a tourist and even those in transit through UAE airports.

Are there are any exceptions?

The Articles of Laws issued are general and apply to all individuals. However, those who profit from the drug trade shall be considered exempt. For example, drug traffickers and smugglers would not be permitted to rely on the article for protection from the law.

Is drug use a felony in the UAE?

Previously, recreational drug use was classified as felony under UAE law. However, the Anti-Narcotics Law downgrades drug use to a misdemeanor offence, presumably to encourage drug users to seek help for their problem. If an individual comes forward to authorities to voluntarily admit their addiction they will be offered a place in a maximum of two years’ rehabilitation programme [some of which will be out-patient] as opposed to the previous penalty of a minimum of four years imprisonment and a minimum fine of Dhs10,000.

When did this law come into place?

This law is relatively new. It was issued on September 18, 2016 and came into full effect one month later.

*ALSO: There are women’s shelters across the UAE, here’s how they can help…*

Who can come forward on the behalf of someone with a drug addiction issue?

Once the family member has reached out to the relevant authorities the drug user will again be offered a place in a maximum of two year rehabilitation programme. However, if the addict does not cooperate or respond positively to the efforts made to rehabilitate him/her the exemption from prosecution shall be rendered invalid. In such cases of non-compliance the case shall be passed to the either the Public Prosecutor or the Police Department for legal action to be initiated and will lose the exemption stated in Article 43.

Who someone should approach for treatment?

If a person wishes to seek help for dependency on illegal drugs or an immediate family member of an addict wishes to seek help on behalf of their relative, they have a number of bodies they can contact. These include the Public Prosecutor, the Police Department, the National Rehabilitation Centre, Abu Dhabi Rehabilitation Centre, Ownak Social Responsibility and the Priory Wellbeing Centre Dubai [read about referring someone to the Priory here].

*Earlier this year the government opened a rehab centre in Dubai called Erada (which translates from Arabic to English as ‘willpower’) – the centre is independent and confidential. Their intensive programmes mean around 10 weeks in-patient treatment and then two years of outpatient work. For more information and clarity on the new laws you can phone Erada on 04 239 9992 from 8.30am to 3.30pm on weekdays (they say they keep all information confidential).

What’s happened and why? Oman has recently promulgated the Personal...

Jimmy Haoula explains, to Khaleej Times, that one of the...

SME 10x: The Future of Finance for SMEs

The Future of Finance for SMEs In recent years, the...

A raft of UAE anti-money laundering guidance has been published...

New SCA Licensing Regime In 2020, the Securities and Commodities...

The Future of Finance: Digital transformation, innovation, and the FinTech ecosystem in the GCC