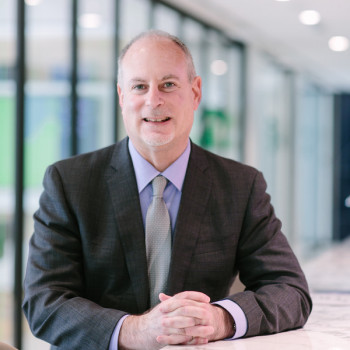 Misconceptions persist among business owners and directors as to the purpose of the UAE Bankruptcy Law and its comparative likeness to international counterparts, notably the US Bankruptcy Code. All too often they mistakenly regard the regulations as a magic bullet which can make their financial problems disappear. They fail to appreciate the myriad drawbacks associated with opting for this course of action.

The negotiating dynamic between a debtor and their creditors is irrevocably changed upon a declaration of bankruptcy. Debtors instantly lose much of the bargaining power they may have had. Importantly, they open themselves up to possible civil and criminal liability, including the piercing of the corporate veil. Electing for bankruptcy should always be a last resort.

The new UAE Bankruptcy Law was widely discussed and debated upon its introduction in 2016. Brought in to encourage a ‘rescue culture’, the regulations were hailed as a significant move in the right direction for the UAE as an international business hub.

Prior to 2016, global statistics showed that instances of insolvency in the UAE were comparatively more time-consuming and resulted in recovery rates which were notably lower than in other jurisdictions. Significant reform was required to address these systemic problems.

Under the prior prevailing insolvency regime, the risk of possible imprisonment or sizeable fines often forced the hands of the management of distressed businesses. Frequently they would abscond from the UAE as a preferable solution to facing the legal consequences of their predicament.

The new law has now had several years to embed, and the legislature has had ample time to analyse the efficacy of the regulations and their practical implications.

As such, the UAE federal legislative authorities have recently promulgated important new amendments to the 2016 law which aim to finesse the regulations and procedures.

The most significant update relates to a new Article 4. This article now allows any ‘regulated company’ to apply to the Financial Restructuring Committee (FRC) to administer a bankruptcy application. Previously only ‘financial institutions’ licensed in the UAE that were facing current or projected financial difficulties could submit an application to the FRC. This amendment widens the scope of the FRC’s remit and the applicability of the legislation to a greater and further-reaching group of business entities. In doing this the legislature is clearly aiming to raise the profile of the FRC and position it as the chief negotiator between all regulated parties in UAE bankruptcy affairs – a role akin to the Special Tribunal assembled in the case of Dubai World. This positioning of the FRC means that, provided it works efficiently and fulfils its purpose, there is real hope for distressed debtors, as well as creditors, in large complex restructuring cases.

However, exactly how this will be brought into effect and the exact parameters under which ‘regulated company’ will be defined and applied is yet to be determined. Nonetheless, this change will undoubtedly broaden the applicability of the legislation to an expanded variety of businesses facing financial difficulties.

In a favourable update for financial, legal and professional advisors, a new point E in Article 189 of the revised law now states that debtors’ professional fees which are incurred as a result of bankruptcy proceedings, are to be treated as a priority debt. This was not previously the case and is welcome protection for professional experts involved in the resolution of complicated and time-consuming cases of bankruptcy.

Additionally, the amendments include suppression of the word ‘lien’ in favour of the use of ‘preferential rights’. As liens are more broad-ranging and widely interpreted, this is a clear move by the legislature to narrow the practical application of the term within the context of the legislation.

Furthermore, secured creditors may now officially file as a creditor like all other normal creditors. The amended law states that secured creditors have additional rights to vote on a preventative composition to the extent that the money they are owed exceeds the value of the security. This wasn’t previously the case and increases secured creditors options and rights in such circumstances.

Article 69 now allows mortgagees to file as creditors to the extent the debt exceeds the value of their security, stating – ‘The creditor or the group of creditors with debt of not less than AED (100,000) one hundred thousand may apply to the Court to open the procedures…The creditor whose debt is secured by a mortgage shall submit an application…if the amount claimed is part of the difference in the value of the secured debt due, and the value of the guarantee does not cover the entire value of the debt secured by a mortgage when conducting the procedures.’ Lastly, in this vein, Article 184 now also includes a revised introduction which clarifies that mortgages take priority over other preferred debts.

Moreover, it is worth mentioning that certain notices of bankruptcy may now be made electronically. Similarly, creditor committee meeting invitations may now be recorded and made available electronically. Previously, invitations to these meetings could only be issued via publication in two widespread local daily newspapers, one in Arabic and the other in English.

Likewise, revised Articles 42 (4) and 103(4) suggests electronic means may also now be used to discuss insolvency plans and vote thereon. However, exactly what this means in practice remains to be seen.

Further amendments include a revised Article 24 which now states that trustees shall prepare a record stating all the debtor's known creditors and shall submit an updated version of such record to the Court. The new sub section C now also stipulates that the trustees record shall additionally include a ‘Determination of the creditors, holders of preferential rights and the nature of such rights.’ This is a clear move to establish the hierarchy of creditors dues as early as possible.

A revised Article 73 now includes a new point 2 which states ‘The debtor may specify whether the application is for the purpose of restructuring, or for the purpose of adjudicating bankruptcy and liquidation. Also, he shall mention the justifications on which the application is based.’ This amendment is a useful measure to allow the debtor to establish their intentions early in the proceedings. This provision is mirrored for the creditor in Article 74 in a new point 2.

Article 114 now also includes a new subsection C which encourages and requires trustees to cooperate further with creditors and provide them with all information they request. Mandating and promoting improved and transparent collaboration between all parties in bankruptcy proceedings is a positive improvement to the law.

These various adjustments to the legislation are indicative of thoughtful consideration with regards to the adequacy of the legal framework to facilitate meaningful engagement with the law.

Nonetheless, continued misunderstanding among business owners and directors as to the purpose and usefulness of the law and its latest revisions needs to be addressed. It is crucial that they understand the serious ramifications for themselves and their entities should bankruptcy proceedings commence, despite the recent ‘softening’ of the regulations.

They need to appreciate that the law is often best used as a bargaining tool – a device that facilitates and encourages the negotiation of practical, realistic, and successful solutions between debtors and creditors whilst bankruptcy is still avoidable.