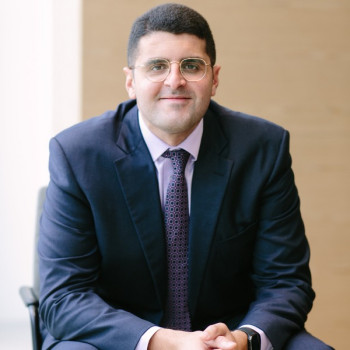 Hazem Balbaa is an associate in the dispute resolution practice, based in our DIFC office.

Hazem began his career at a top tier dispute resolution firm in Egypt where he gained invaluable knowledge about the Civil Law system, through handling both litigation and arbitration matters. He then acquired significant arbitration experience during his time with a regional firm in Dubai where he heavily assisted partners in several on-going arbitrations held under the auspices of the ICC and LCIA.

At BSA Hazem assists the dispute resolution team, by regularly working on civil & commercial matters, as well as construction disputes and employment disputes, before the local courts of Dubai and Abu Dhabi. This includes, analysing key facts, developing strategies, conducting sufficient research, drafting memoranda and advocating for his clients

Fluent in English, and Arabic, Hazem holds a LLM from the George Washington University in Washington D.C. and a LLB from the University of Law, London, United Kingdom. Hazem is admitted to practice in the State of California. He also holds a Business Management degree from the American University in Dubai.

The legal lowdown on rental increases and maintenance feesRent in Dubai is on the rise, however as a tenant in Dubai you don’t have to just sit back and go...

Rent increases and eviction notices: what are your rights?

One of the recent popular discussion topics across all social platforms in the UAE has been about the rights of landlords and tenants in regard to rent increases and eviction...

The Dubai Land Department (DLD) has stated that a new draft law is set to keep rents in Dubai unchanged for a three-year period. This follows a prediction by the...