Lloyd’s and The DIFC – Making It A Suitable Match 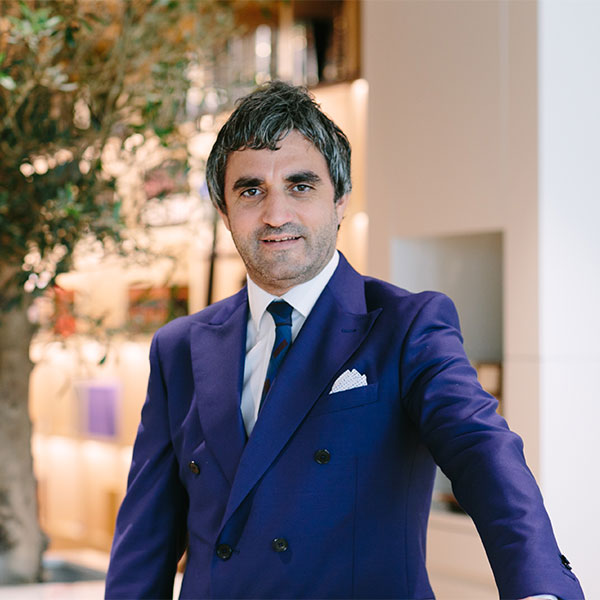 Michael Kortbawi Partner michael.kortbawi@bsabh.com
Lloyd’s plans to set up DIFC is a great boost to the market. However, there may be difficulties that need to be ironed out first, say Michael Kortbawi and Irshied Tayeb of BSA.

Lloyd’s plan to set up in the DIFC is a great achievement for the Centre which shows that the DIFC, and Dubai in general, has become the undisputed insurance and reinsurance hub of the MENA region.

However, in the midst of the excitement, it is important to highlight the difficulties which Lloyd’s will encounter in pursuing this new venture. Our hope is that outlining potential problems at an early stage will enable the parties involved to pre-empt some of the most pressing challenges ahead.

Throughout its 326-year journey, Lloyd’s has evolved from a maritime insurer operating from Edward Lloyd’s coffee house in London, to a full-fledged and highly elaborate specialist insurance market. Its vast history has generated a unique legal structure which is the foundation of its success, yet is also the source of frustration for regulators.

Lloyd’s of London is a broker-driven market comprising 87 syndicates that are managed by 57 managing agents. Each cog in the Lloyd’s machine must adhere to the guidelines and requirements imposed by the market’s internal governing bodies, which manage everything from solvency requirements to corporate governance.

Another distinct component of the Lloyd’s structure is that the syndicates must contribute to the Lloyd’s central fund, which functions as a buffer and thereby introduces an additional layer of protection which standard insurance and reinsurance providers cannot boast.

However, from a regulatory perspective this structure is a double-edged sword. On the one hand, it is self-governing to a standard that in most aspects is higher than that which applies to the rest of the insurance industry. On the other hand, the structure makes it difficult for the regulator to impose its own framework as this would subject the Lloyd’s market to two overlapping sets of rules.

The fear that excessive regulation would hamper the success of Lloyd’s resulted in the UK Financial Services Authority (FSA) initially refraining from imposing its rules on Lloyd’s. The FSA appreciated Lloyd’s unconventional set-up and tailored a framework which complements the market rather than obstructs it – and this is precisely what the Dubai Financial Services Authority (DFSA) will have to do.

Taking into consideration the impressive growth of the UAE insurance market, and the fact that Dubai has become a link between the east and the west, setting up in the DIFC is the logical next step for Lloyd’s. Furthermore, it is in line with the ambition to expand into emerging insurance markets, as embodied in Lloyd’s Vision 2025.

Looking to the precedents of Lloyd’s international expansion, the entity in Singapore is continuously being enhanced, and has successfully integrated into the local regulatory climate. However, setting up in the DIFC will entail challenges which Lloyd’s is unlikely to experience elsewhere. This is because the DIFC is a distinctive jurisdiction, and incorporating an unconventional market structure such as Lloyd’s will give rise to a number of unique regulatory difficulties.

Challenges specific to the DIFC

The value of being in the DIFC is that it is governed by a strong and consistent regulatory framework. However, there are aspects of the DFSA’s rules and regulations which are not suitable for Lloyd’s distinct set-up.

We have outlined below some of the challenges which we anticipate Lloyd’s will face in the DIFC.

Licence category for Lloyd’s in the DIFC

A preliminary issue with incorporating in the DIFC pertains to the fact that the DFSA’s current regulatory framework does not recognise Lloyd’s legal structure. There are two licences for an insurance company intending to operate in the DIFC: a category 4 licence, which covers insurance inter-mediation and insurance management services, and a PIN licence, which deals with risk-carrying activities. Lloyd’s sophisticated arrangement does not lend itself to clear-cut classifications and does not fit within either of the above groups of activities.

The DFSA faced a similar problem when the first Lloyd’s syndicate sought to incorporate in the DIFC. The syndicate structure was novel to the DFSA and did not fit into the regulatory scheme at the time. The DFSA overcame this problem by amending the law to enable syndicates to operate under a category 4 licence.

However, the challenge facing the DFSA with incorporating Lloyd’s is on a significantly larger scale and may therefore require more extensive measures.

It is not certain that either of the current licence categories are suitable for Lloyd’s to be able to carry out the full extent of its operations, and the DFSA may thus have to create a third category in order to accommodate Lloyd’s unique structure.

The regulatory difficulties with incorporating Lloyd’s in the DIFC exceed the practical problems of compartmentalizing Lloyd’s within the DFSA framework.

There are several fundamental grey areas which both parties must address in order for the venture to be successful, one of which is conflict of interest within the Lloyd’s structure.

Each Lloyd’s syndicate effectively operates as a standalone policy provider, which technically makes them competitors, yet they operate within one overarching entity. The DFSA does not have a regulatory scheme in place to address the conflicts of interest which may arise in such an arrangement.

The current restrictions on conflicts of interest were developed based on conventional corporate structures, and applying them to each syndicate would severely obstruct the Lloyd’s market.

Lloyd’s cohesive structure enables its syndicates to enjoy economies of scale and is fundamental to the market’s overall success.

There are a number of DFSA corporate governance rules which negate the main advantages of being part of the Lloyd’s network. For instance, it is not feasible to apply the DFSA’s corporate governance rules relating to mandatory officer positions to each and every syndicate. While this rule is sensible for ordinary companies, it would only be burdensome and ineffective for Lloyd’s syndicates as they already operate according to a system which deals with the risks that this rule seeks to address.

The syndicates that already exist in the DIFC, such as Watkins and Talbot, have to adhere to the existing DFSA requirements. However, bringing the entire Lloyd’s market to the DIFC will change the dynamics between the DFSA and the syndicates, and a new set of rules will need to be developed.

Lloyd’s huge structure will give it substantial leverage, which to some extent will preclude the DFSA from being able to dictate Lloyd’s in the same fashion it does with regular companies.

Conversely, Lloyd’s will have to appreciate that there are certain factors that are integral to the DIFC. One potential problem in this regard relates to the fact that DIFC is a wholesale centre and is strictly prohibited from offering retail insurance and retail insurance brokerage.

The prohibition was slightly amended in 2006 to give the DFSA the discretion to grant exceptions and allow DIFC entities to provide retail services, provided they set up a branch outside of the DIFC. The DFSA has in the past utilised this discretion to accommodate important players and it is possible that this exception will be applied with respect to Lloyd’s.

However, it is important to keep in mind that any branch set up outside of the DIFC will fall within the scope of the UAE Insurance Authority, and this poses another challenge.

In light of the implications of Lloyd’s distinct structure, we believe that the DFSA and Lloyd’s should cooperate to develop a regulatory platform which caters to the unique characteristics of Lloyd’s. Yet it is imperative that such a framework is on par with the regulatory requirements imposed on the rest of the companies in the DIFC, and that it does not undermine the integrity of the DIFC by unduly favouring Lloyd’s.

The DFSA has in the past demonstrated that it is responsive to difficulties caused by its regulations and the incorporation of Lloyd’s will pose another test to the DFSA’s ability to adapt.

The most important task for the DFSA in this regard will be to find a way to adjust its mandatory requirements in order to accommodate Lloyd’s distinct arrangement, while preserving its high regulatory standard.

The incorporation of Lloyd’s in the DIFC will be an interesting development and is precisely the push needed to elevate the UAE insurance market to the next level. Considering the stakes involved for both parties, we are positive that the DFSA and Lloyd’s will be amenable to modify some of their respective policies and requirements in order to ensure that this venture comes into fruition.