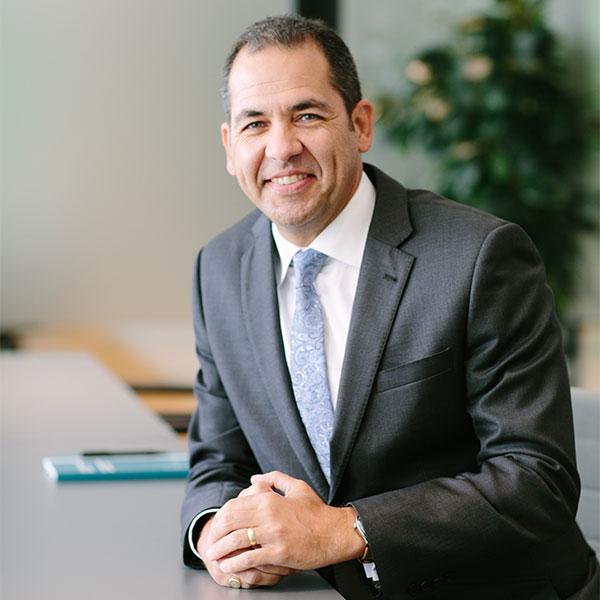 WHAT’S HAPPENED AND WHY?

“In November 2018, the DIFC enacted several new laws and regulations which are aimed at reorganising and updating their existing legal and regulatory framework and establishing a new regime for companies and businesses registered there,” Robert Mitchley explains. “Before the enactment of this new regime, there were various regulatory provisions which applied unsystematically through the DIFC laws to specific DIFC legal entities, such as companies, partnerships, non-profit organisations and Foundations. The aim of the new streamlined regulatory regime is to unify and adopt a more systematic approach to these widespread regulatory provisions in order to make compliance with them and their control and enforcement more efficient,” Mitchley adds.

THE OPERATING LAW “Under the new regime, a new law called the Operating Law, DIFC Law No. 7/2018 was issued along with Operating Regulations and came into force on 14 November 2018,” Mitchley states. “The Operating Law applies in the DIFC and to any person Auditors and the inspection and enforcement powers of the Registrar,” Mitchley notes. “Apart from the general administrative functions of drafting the regulations, procedures, codes of practice and Guidance, subject to certain provisions specified in the Operating Regulations, the Registrar now has the power to grant exemptions to hold a DIFC license, issue a temporary license for less than 12 months or grant a permission to a person to undertake a specified activity in the DIFC.”

“A key definition in the Operating Law is the ‘Registered Person’ which is one of the listed types of entities which have been incorporated, registered, or continued under a Prescribed Law or by any other legislation administered by the Registrar.” “There are also provisions on the Conduct of Business in the DIFC,” Mitchley explains. “Business in this sense is the wider concept of an ‘activity’ as opposed to simply a commercial activity. So for example, includes a requirement for a person to be granted a license, permission or exemption and the provisions relating to the name used by a Registered Person, adoption of trading names, any change in the name and the requirement to have a registered office.”

“Registered Persons must file a Confirmation Statement when they apply for the renewal of their license each year. This statement confirms all necessary information or changes to it have been filed (or delivered) to the Registrar or is filed with the Confirmation Statement,” Mitchley adds.“Those who fail to do so will face an automatic fine and Registered Persons also need to file a statement with the Confirmation Statement on whether there has been any change in the entity’s Ultimate Beneficial Owners or Nominee Directors during the confirmation period. In addition, this new law has provisions on Auditor registration and the public register of current and past registered Auditors which has to be kept,” Mitchley states.

“Auditors must also make disclosures listed in Article 62 of DIFC Law No. 7/2018 and other obligations placed on Registered Persons. In addition, there are provisions dealing with the powers of the Registrar and remedies available to the Registrar to enforce compliance,” Mitchley states. “The size of the Regulations have been substantially increased as a result of the new Operating Law, e.g. the previous regulations dealt only with the issuing a Commercial License and the registration of Supra National Entities and National Entities, but the new Regulations have detailed requirements and procedures on all areas covered by the Operating Law, including the creation of Operating Licenses, which are now issued to Non-Profit organisations, Foundations and other entities which do not carry out commercial activities in the strict sense.”

“As the DIFC has developed, it has become evident that not all activities carried out in the DIFC are commercial and covered by the issuing of a commercial license. However, the need to license all entities has been retained. The Registrar has also been granted the power to grant limited term licenses, provide exemptions to certain entities or certain activities and issue new permissions (permits) for certain activities,” Mitchley adds.

“These now allow the Registrar far greater ability to cater for the range of activities which are carried out in the DIFC and bring all entities (persons) carrying on a business, event or activity in the DIFC under the Registrar’s supervision."

“There are also now enhanced duties for directors and changes to company accounting and audit requirements, as well as new mergers and schemes of arrangement provisions. Under, DIFC Law No. 5/2018 a Private Company is generally subject to fewer regulatory requirements than a Public Company with minimum share capital requirements and requirements to hold an Annual General Meeting are now removed unless provided in the company’s Articles of Association. There are also additional exemptions for Small Private Companies with less than 20 shareholders or turnover under $5 million in a financial year which do not need an audit or to file accounts unless required by the shareholders,” Mitcheley states.

“However, Incorporators of a new Company must now provide details of their Ultimate Beneficial Owners, when making an incorporation application. Although, they do not need to file an opinion by outside legal counsel if they adopt non-standard Articles of Association just provide a statement that the Articles of Association proposed comply with the new Company Law and any other applicable DIFC laws. Another change is that a voluntary strike-off mechanism for companies has been introduced to allow DIFC registered companies to request the Registrar strike the company off the Public Register if the Company does not have any outstanding liabilities.

The Company Regulations have extensive transitional provisions, generally 12 months, on areas such as the conversion of limited liability companies and Companies Limited by Shares to the new company forms in terms of the new Company Law and these Companies have to amend their Articles of Association to comply with the new provisions. Another change is DIFC companies can now maintain their registers and records at a location other than their registered address,” Mitchley adds. “This allows for registers of shareholders, directors and ultimate beneficial owners to be held with a company’s corporate service provider." "Although, companies have to maintain a copy of the registers at their registered office in the DIFC, update that to reflect any changes to the information contained in the register and present it to the Registrar when requested.”

Article published in Lexis Nexis Law Alert , click here to view
Got a question or enquiry? Contact us