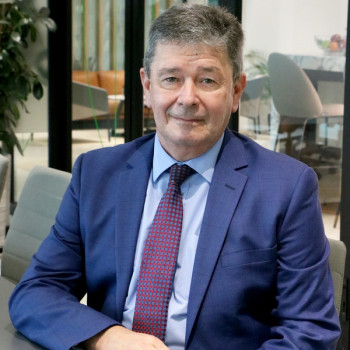 Federal Law No. 2 of 2015 on Commercial Companies (“CCL 2015”) introduced numerous provisions regarding record keeping and reporting and, as we all know, there was a reason behind this; following the implementation of CCL 2015, VAT was introduced in 2018, and corporate tax is being introduced in June 2023.

This article will examine some of amendments introduced in particular to PJSC’s which intended to introduce this flexibility and drive investment and growth.

“a Company whose capital is divided into equal and negotiable shares. The founders shall subscribe to part of such shares while the other shares shall be offered for Public Subscription.”

So, it is part private owned and part public owned.

The minimum share capital of a PJSC remains, under CCL 2021, at AED 30 million (Article 195) but restrictions pertaining to the nominal value of shares have been lifted. Under Article 207 of CCL 2015, the:

“…nominal value per share may not be less than 1 AED and shall not exceed 100 AED.”

But now, in terms of Article 209, the nominal value of shares of a PJSC is no longer prescribed by law, it is as set out in the company’s Articles of Association. So simply put, it can be below AED 1 and above AED 100. There is accordingly greater flexibility.

Another change can be found in the Founder subscription which was also previously restricted.

In terms of Article 117 of CCL 2015, the Founders were required to subscribe to a fixed percentage of the share capital of the PJSC, being no less than 30% and no more than 70%. So, there was a fixed, prescribed subscription range.

This prescriptive provision has now disappeared, and, in terms of Article 117 CCL 2021, the Founders subscribe to the number of shares as set out in the prospectus. With the removal of this prescribed subscription range the legislation has paved the way for flexibility and adaptability in the particular circumstances of each case, subject obviously to the approval and rules and regulations of the Securities & Commodities Authority.

In order to introduce further flexibility and move away from prescriptive provisions, Article 124 (1) of CCL 2021 has changed the previously prescribed provision that the minimum period for the subscription of shares to the public must be ten business days. The minimum period is now as set out in the relevant prospectus.

The maximum public subscription period remains at thirty business days; however, whereas the previous legislation had only permitted a ten-day extension period, the CCL 2021 provides that this period can now be extended (subject to the SCA approval) in accordance with whatever extension period may be in the prospectus.

Again, this illustrates the introduction of provisions intended to permit the potential for adaptation and flexibility according to particular needs and requirements.

But what happens if after this extension there are still unsubscribed shares? The previous restriction on Founders only being able to subscribe to a maximum 70% was an insurmountable problem if public subscription had only reached say 25%. The removal of this restriction together with the introduction of the provisions of Article 124 (3) now provides a far more favorable platform designed to promote success where the public subscription may fall short. Article 124 (3) provides:

“If such additional period expires without underwriting all the shares offered for Public Subscription, the founders may underwrite the balance of such applicable percentage, taking into consideration the requirements of the Authority in this regard.”

This must surely reduce the risk on Founders. The risk of investing substantial time, effort and money in a possible listing only to fall short has been substantially reduced and this must therefore act as a stimulus to promote and increase activity in this regard.

Flexibility also evident in provisions in CCL 2021 pertaining to conversion of a company into a PJSC. Previously, and under article 275 (3) of CCL 2015, to qualify a company must have:

“…achieved net operating profits distributable to shareholders or partners, through the activity for which it has been established, and average value of such profits is not less than 10% of company's capital during the two fiscal years preceding the transformation application.”

This has been removed and the requirement now, in terms of Article 227, is for 2 years’ worth of audited financials. The 10% profitability requirement has been removed. This introduces a great deal of flexibility. For example, a company which achieve 8% instead of 10% would not be excluded. A company which may not have achieved this minimum but has now developed some innovative technology would also not be precluded from conversion and raising capital in this way. This seemingly small amendment is potentially a major stimulus.

The removal the Founders “lock-in period” post listing can also be seen as a positive amendment with activity stimulation potential. Previously, it was impermissible to trade shares of Founders after the company’s conversion into a PJSC for a minimum of 6 months starting from the date of listing the company in the financial market. Without this restriction Founders may be more willing to pursue this route.

The CCL 2021 has introduced a new concept regulating the division of a PJSC.

“…the division of the PJSC shall be by separating the company’s assets or activities and the related obligations and ownership rights in two or more separate companies, and the UAE Ministry of Economy or the SCA, as the case may be, shall issue, each within its own competencies, the conditions, controls, and procedures that companies shall abide by in connection with the division.”

This division can either be:

(a) horizontal (i.e., where the same shareholders own directly the shares of the resulting company pro rata to their shareholding in the parent company); or
(b) vertical (i.e., where part of the assets or commercial activities of a company are carved out by setting up a subsidiary to acquire such carved assets or commercial activities, and such subsidiary is wholly owned by the company).

As PJSC’s are highly regulated, dividing up or disposing of assets could be burdensome and difficult from a regulatory aspect, but the introduction of this innovative mechanism has ensured greater flexibility and introduced potential structuring and other permutations which were not so easily available previously. Further, who knows what impact and advantages this new mechanism may hold when company tax is introduced next year; there may be benefits in the divisions envisaged here. We will have to wait for tax implementing regulations, but if there are benefits, this may just provide the tools to take advantage and exploit those benefits.

It seems clear that the deletion of certain provisions of the CCL 2015, the amendment of others, and the introduction of new provisions under the CCL 2021 are intended by the legislators to infuse a great deal more flexibility, stimulate activity and drive growth in this category of companies falling within the ambit of the 2021 Commercial Companies Law.

2021 in Review: The Legal & Regulatory Changes Impacting Commercial Companies in the UAE

The main legal and regulatory change impacted businesses across all...

Introduction In April 2019, the new Commercial Companies Law (the...

Update to the Saudi Companies Law,Reporting of losses in Saudi...

As the UAE’s new Personal Status Law was recently officially...