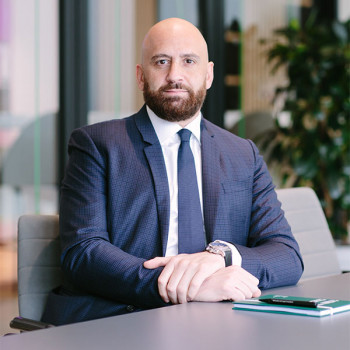 Upon executing an agreement, one of the most important aspects to contractual parties is the clause pertaining to the governing law and jurisdiction in the event any dispute arises between them.

While the parties may believe that by opting for a specific jurisdiction, that this jurisdiction will automatically be competent to examine and rule on a dispute which may take place in the future, especially if the subject of the agreement is not related to any public order matter, this is far from reality.

Article 20 of Federal Law No. 11/1992 on the Civil Procedures Code (the “CPC”) stipulates that UAE Courts have jurisdiction to examine claims against UAE citizens and claims against foreigners who reside, or whose chosen domicile is the UAE.

In this context, UAE Courts will consider any clause which designates another jurisdiction to examine and rule on the dispute as null and void and will proceed with examining the case, if a foreigner has a domicile or a residence in UAE or even if one of the defendants has a domicile or resides in the UAE. Either party may ask the UAE Courts to apply a governing foreign law as determined in their agreement but will have to provide the court with a copy of the complete foreign law with the required attestation.

Furthermore, given that the judicial system in the UAE includes courts which implement the civil law and others which implement common law such as the DIFC and ADGM Courts, a conflict on jurisdiction could arise between these courts, which could potentially complicate an already lengthy, complex and costly dispute.

In practice we have come across situations where parties will intentionally file false claims before one jurisdiction to stay the proceedings in an ongoing claim in another jurisdiction.

The contractual parties should seek the appropriate legal guidance prior to entering into any agreement in order to ensure that their rights and interests are fully protected, and they understand what a potential dispute entails.

Originally published as a Country Specific Q&A on Legal 500,...

Abdullah Ishnaneh, Partner in our Litigation department contributes to The...

Employees face the possibility of losing priority over their entitlements

Employee welfare and rights have always been a top priority...

The Federal Narcotics and Psychotropic Substances Control Law and deportation

An overview of the Federal Narcotics and Psychotropic Substances Control...