'Protect Yourself by Modifying Your Status' 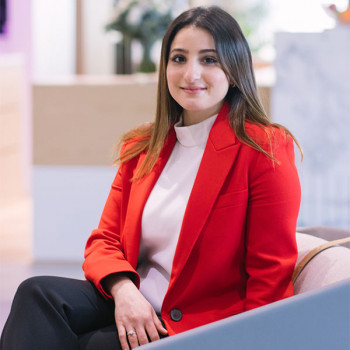 Hadiel Hussien Senior Associate hadiel.hussien@bsabh.com
A new chapter for thousands of visa violators in the UAE

The UAE government introduced the amnesty program which allows illegal residents in the United Arab Emirates (“UAE”) to regularize their status or leave the country without facing fines or legal ramifications. This program’s moto is “Protect Yourself by Modifying Your Status” and will run for three consecutive months starting from the 1st of August 2018 until the 31st of October 2018. This initiative is a significant contribution from the UAE government and is a great opportunity for expatriates who have overstayed to rectify their visa status.

Under this program certain individuals who are currently illegally residing in the UAE are granted the chance to apply for amnesty to relieve them from the fines levied against them or to regularize their status by obtaining a new visa under a sponsor. Provided below is an outline on the method of application to the amnesty program and a list of the individuals who can avail the said amnesty: -

• Individuals who overstayed in the UAE after their visa’s expiry and want to exit the UAE, can apply for the amnesty. The amnesty application will entail a waiver of any fees or fines that have been imposed against visa violators due to overstaying after the expiry of their visa. In order to apply for the amnesty, one can directly approach the amnesty centers to apply for an exit permit by paying a fee of AED 220. Along with the application, an individual must purchase their own air ticket to exit the UAE and fly back to their home country and present their original passport or EC (emergency certificate). It is important to mention that the applicant must exit within 10 days of getting the exit pass. By applying through the amnesty centers, it is still possible for an applicant to reenter UAE with a valid visa as they will not get a “NO ENTRY” stamp on their passports, i.e. they will not be banned from entering the UAE due to their illegal overstay.

• It is also possible to modify and regularize visa statuses for individuals who received job offers and wish to continue residing within the UAE; however, there will be additional charges for changing such visa status. Pursuant to the amnesty program, individuals who wish to continue residing in the UAE will be required to pay a fee of AED 500 to end an absconding case filed against them and to rectify their residency status.

• As for individuals who entered the UAE in an illegal manner, can leave voluntary upon presenting a valid return air ticket and a “NO ENTRY” stamp will be placed on their passport. However, the said ban will be limited to two years only. This means individuals who illegally entered the UAE will be banned from reentering for two years and will only be allowed to return after the lapse of a period of two years.

• Moreover, this program brings special benefits for individuals who come from war-torn countries like Syria and Yemen as they will be granted a one-year residence visa without restrictions attached.

Aside from the above, this program explicitly excluded all individuals who have been blacklisted from entering the UAE and those who have lawsuits against them.

It is not the first time the UAE government announced a visa amnesty. The previous amnesty in the past years of 2003, 2007 and 2012-2013 were big successes as well. During the visa amnesty in 2013, which ran for two months, there were more than 61,000 individuals who have rectified their status.

This initiative is a significant relief for expatriates who are staying illegally in the UAE and looking for a legal exit without fear of repercussions. Currently there are thousands of visa violators in the UAE who cannot afford paying the fees or fines imposed against them due to their illegal stay. Visa violators should definitely take the opportunity and avail from this initiative, as it will grant them legal documents to rectify their visa status with a fresh start.