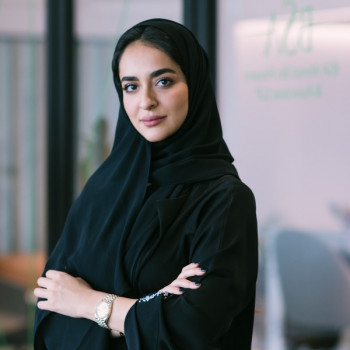 Introduction
In a recent arbitration case, which concerned a real estate project; a real estate developer company incorporated in the UAE (the “Real Estate Company”) was the successful party in a dispute concerning an assignment under the relevant contract. The claim was filed against the Real Estate Company by an individual, in his capacity as the sole owner (the “Owner”) of a real estate developer company (the “Owner’s Company”) which owned an unfinished real estate project in Ras Al Khaimah (the “Project”), the subject matter of the dispute.

The Owner sought to establish his ownership rights in respect of the Project and claimed monetary compensation against the Real Estate Company. This article reviews the factual background and legal findings of this case concerning the assignment of contractual rights and obligations.

Background
The dispute relates to the sale of shares of the Owner’s Company in the Project based on two separate sale and purchase agreements, with two different parties.

Two agreements were executed; the first was a share purchase agreement (the “SPA”) entered between the Owner and an offshore company incorporated in Jebel Ali, Dubai (the “Purchaser”) for sale of the Owner’s shares in the Owner’s Company, which owned the unfinished real estate Project. The SPA provided that the First Purchaser would complete the Project and imposed an obligation on the Purchaser to transfer the Project’s ownership back to the Owner following completion.

The second agreement was executed two years thereafter; a tripartite sale and purchase of business agreement (the “Project Purchase Agreement”) entered between the Owner, the Purchaser, and the Real Estate Company (i.e., the second purchaser), the respondent in the arbitration proceedings.

Applicable law
The SPA was governed by the laws of the Dubai International Financial Centre (‘DIFC’) and the seat of arbitration was also in the DIFC. The Owner argued, however, that the merits should be determined based on UAE laws instead as being the laws of the place where the subject property is located (the Project was located in Ras Al Khaimah outside of DIFC).

Legal Issue to be determined
The question in this arbitration was whether by virtue of the Project Purchase Agreement, there was an assignment of the Purchaser’s obligation under the SPA (to the Real Estate Company); namely, to handover the Project back to the Owner after completion.

Summary of parties’ positions
Regarding the issue of ‘assignment’; the Owner argued that the issue should be determined based on real estate laws, and that the DIFC real estate law cannot apply because the property (Project) was located outside the DIFC jurisdiction. On that basis, the Owner referred to Article 251 of the UAE Civil Code, arguing that the Real Estate Company has ‘replaced’ the Purchaser with respect to the obligations under the SPA:

Relying on the above referenced provision, the Owner argued that his claim was not based on the existence of an ‘assignment’, but rather, ‘replacement’ of the Purchaser with respect to the obligation of handing over the Project under the SPA. Furthermore, the claim adds that the Real Estate Company had accepted the obligation to deliver the Project by entering the Project Purchase Agreement where units in the Project were listed therein in the Owner’s name, and that ‘due diligence’ process should have shown that the Project was registered under the Owner’s name at the Real Estate Regulatory Agency (‘RERA”) in Dubai.

Alternatively, the Owner argued that even if the Tribunal finds that the DIFC laws are applicable, this would have led to the same outcome. The Owner contended that the position is similarly supported by reference to Articles 92(1) and 96(1) of the DIFC Law No. 6 of 2004 (“DIFC Contract Law”).

The Real Estate Company denied the claim entirely and argued that no assignment had taken place under common law or under Article 97 of the DIFC Contract Law. In doing so, it relied on the terms expressed under the Project Purchase Agreement which did not, as submitted, establish an assignment of the SPA neither in fact nor in law. It was further argued that the Real Estate Company did not purchase the obligation to handover the Project from the Purchaser under the Project Purchase Agreement, and any knowledge attributed to it could not have conferred legal rights upon the Owner.

Analysis & decision
The distinction drawn on behalf of the Owner on whether there was an assignment or ‘replacement’, was considered a moot point. The Tribunal did not recognize the existence of a legal concept of ‘replacement’ and noted that such distinction did not take the Owner’s case any further.

The Tribunal dismissed all the claims against the Real Estate Company for the reasons and findings summarised below.

An assignment of rights and obligations is defined under Article 92 of the DIFC Contract Law as follows:

92. Assignment of rights and obligations
(1) An assignment of a contractual right is a transfer by virtue of which the assignor’s right to performance by the obliger is extinguished in whole or in part and the assignee acquires a right to such performance.

(2) An assignment of a contractual obligation is delegation of the obligation to the assignee.

The definitions set out above are supplemented by further interpretation of the words of assignment and its legal effect under Article 96 of the Law:

(2) unless the language or the circumstances indicate the contrary, the acceptance by an assignee of such an assignment operates as a promise to the assignor to perform the assignor’s unperformed obligations, and the obliger of the assigned rights is an intended beneficiary of the promise.

The limits on assignment of rights and delegation of obligations as well as the discharge of the obligation of the delegating obliger are clearly defined under Article 94:

94. Limits on assignments and delegations
(1) A contractual right can be assigned unless:

(2) A contractual obligation can be delegated unless:

(a) the oblige has a substantial interest in having the obliger perform or control the acts promised; or
(b) the delegation is precluded by contract.

(3) Neither delegation of performance nor a contract to assume the duty made with the obliger by the person delegated discharges any obligation or liability of the delegating obliger.

Firstly, with reference to Article 94(2)(b), it was found that no ‘assignment’ had taken place because the SPA contained a provision which prevented the Purchaser from assigning or delegating any of the rights or obligations provided under the SPA. Accordingly, the Tribunal found that in accordance with Article 94(2)(b), the assignment or delegation was precluded by the contract itself, i.e., the SPA.

It was further explained that even in cases where a contractual prohibition of an assignment may not prevent the assignment of a right entirely, it will in any case, prevent the delegation of performance of a duty/obligation by the assignor to the assignee, which is also consistent with Article 95(1) of the DIFC Contract Law:

95. Contractual prohibition of assignment
(1) Unless the circumstances indicate the contrary, a contract term prohibiting assignment of the contract bars only the delegation to an assignee of the performance by the assignor of a duty or condition.

Therefore, in the present case, the contractual prohibition prevented the delegation of the Purchaser’s performance obligation to the Real Estate Company.

Nonetheless, in further consideration of the Claimant’s case, the sole arbitrator discussed that even if the contractual prohibition did not form part of the SPA, the outcome of this issue will remain the same in view of the circumstances and the agreements that had been executed.

Further to the Owner’s argument that the Real Estate Company had knowledge because of its ‘due diligence’ exercise, the Tribunal noted that conducting ‘due diligence’ in respect of a project does not amount to anything beyond a preparatory step prior to entering a new agreement, and in this case, cannot indicate the acceptance of an assignment of a contractual obligation.

It was established that it is not only necessary to show that assignments may take place under the applicable law, but to further show by reference to factual evidence that the assignment was agreed by both the assignor and the assignee and accordingly created.

In absence of unequivocal evidence of the Respondent’s intention to become the assignee with respect to the Purchaser’s contractual obligations, and its intention to assign such obligations to the Real Estate Company, the Tribunal ruled that an assignment could not have been created in the circumstances.

Finally, the Owner’s reliance on provisions of UAE laws was not upheld by the sole arbitrator because DIFC laws were the governing law provided under the SPA. Nevertheless, the Tribunal addressed the argument put forward by the Owner based on Article 251 of the UAE Civil Code. In that regard, it was explained that Article 251 states that personal rights related to property will survive the transfer of title to a successor, provided that such rights are an essential element of the property and that the successor had knowledge of those rights at the time it was transferred to it. It was noted that this was not the case in the present dispute because the Real Estate Company was not a successor of the Purchaser, and as such, cannot replace it in respect of obligations towards the Owner arising from the SPA.

In view of the above findings, it was decided that the Owner did not meet the threshold to establish the existence of an assignment.