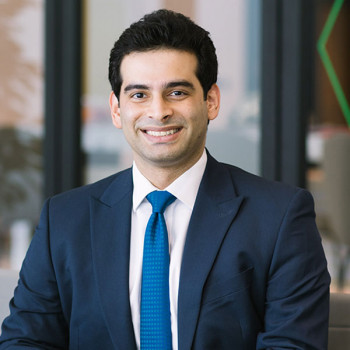 The UAE’s Ministry of Finance announced that corporate tax of 9% would apply to business profits from the financial years starting on or after 1 June 2023. We look at some of the key concerns being raised so far.

The 9% corporate tax that the UAE has announced is a positive from the point of view of government finances, but how will it affect the smaller companies in the UAE?

Although this announcement has been met with hesitation, especially from small businesses, it is worth noting that the UAE has considered the position of such businesses. As such, profits up to AED 375,000 will not be taxed – this is sure to support SMEs and start-ups.

Additionally, on a global scale, 9% corporate tax is significantly business-friendly when considering that the worldwide average corporate tax is approximately 23-24%. The UAE Ministry of Finance proclaimed that the tax regime would still be among the most competitive in the world and it will be aligned with WTO rules.

Further, tax incentives offered to businesses in free zones that do not conduct business in or with onshore UAE are unaffected by this announcement.

Is this new tax a setback for private sector corporations?

This announcement should not be viewed as a set back for private sector corporates. The 9% tax rate is low, and the UAE still offers excellent opportunities for businesses and is a growing market. Additionally, there will be no double taxation as taxes paid in foreign countries may be credited against those payable in the UAE.

The introduction of corporate tax is a necessary step to bring the UAE truly on par with the other leading economies of the world. The UAE’s leadership has a proven track record of doing right by its citizens, residents, and businesses, as is clear by the rate at which individuals and businesses have immigrated to the UAE.

Further, this tax is likely to encourage corporates to spend on various deductible expenditures – these are often the kinds of expenses that contribute positively to employee and business growth. At the same time, such expenditures will lower the corporate’s tax bill, which will in any case be lower than most other developed countries.

How will this affect UAE's plans to attract and retain global resources as well as encourage industries in new sectors?

The UAE has taken significant steps to modernize itself and attract people and businesses from all over the world. This is evident in the recent reforms including allowing 100% ownership of businesses and reforms to personal status laws to accommodate the global nature of its residents, amongst many other reforms. It is worth noting here, there is no change to the income tax in the UAE, which remains 0%, meaning that employees and those seeking employment in the UAE will still find the UAE to be just as attractive as before.

Corporate tax will encourage and increase transparency in the UAE, by requiring more stringent and uniform bookkeeping and accounting, which will also further improve the UAE’s standing as an international hub for business and investment.

With a thriving population and world-leading infrastructure and quality of life, there is no doubt that the UAE’s leadership will utilize the corporate tax to benefit its residents, both individual and corporate, and further bring the UAE to the top-most level of the developed economies of the world.

Implementation of the Value Added Tax in the United Arab Emirates

Introduction In February 2016, the Ministry of Finance announced the...

Tax Groups & Registrations - Here's What You Need To Know

VAT implementation is well underway in the UAE however there...

Tax & VAT in Business and Practice