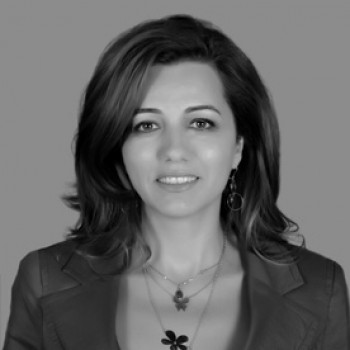 For years, Lebanon struggled with water shortages in the summer and fall. It only stores 6% of its water resources, compared to the regional average of 85%. Having said that, the combination of a particularly severe drought and the strain more than a million Syrian refugees were placing on Lebanon’s infrastructure made the problem more severe and led Lebanon to a full-scale water crisis.

Therefore, to help tackle the water shortages faced by Lebanese consumers, and to handle this water problem, the government of Lebanon has applied for a loan from the World Bank and the IDB, for the implementation of the Water Supply Augmentation Project, that includes, among other components, the construction of a water supply dam and associated infrastructure at Bisri River in South Lebanon.

The Water Supply Augmentation Project (the Project) will target the Greater Beirut and Mount Lebanon areas, where half of Lebanon’s population of about four million lives. A dam will be constructed on the Bisri River in South Lebanon and will store 125 million cubic meters of water, filling up naturally in the winter and spring for use during the summer and fall. Water would also flow to Beirut, by gravity without incurring pumping costs, through a 26 km underground tunnel, water treatment plant and network of pipes across the city.

The World Bank has approved the Project which is said to be the largest-ever in the country — with a US$474 million loan to increase municipal water supplies. The IDB and the government of Lebanon are also providing parallel fi nancing of US$128 million and US$15 million respectively, toward the total cost of US$617 million.

The project, which will be implemented over nine years to allow for the startup work ahead of construction and two years of operation and maintenance, will be supervised by the World Bank throughout its implementation phases, disbursing funds in installments as necessary during each phase.

An international panel of experts on dam safety will also be responsible for reviewing the technical and safety aspects of the dam design while mitigating risky environmental and social eff ects on local communities that should benefit from employment opportunities.

In line with the World Bank Safeguards Policies, the Council for Development and Reconstruction (CDR), the Project’s implementing agency, intends to retain the services of an international panel of environment and social experts (ESP) experienced in the development of dam works infrastructure to provide independent advice and guidance to the Project. The CDR is currently calling for interested individual experts to be part of the ESP.

The objective of the ESP is to ensure that the components of the Project, as designed and built, comply with international standards of excellence and safety for water resources infrastructure as reflected in the World Bank Safeguard Policies and the government of Lebanon’s legislation, regulations and guidelines.

A total of 869 plots of land will be expropriated for the project. As per Lebanese procedures, independent expropriation committees will assess the value of the land. Landowners will then be contacted to come forward to claim their compensation, which is held in a special purpose account.

However, the US$474 million World Bank loan that will be complemented by US$128 million in financing from the IDB and a US$15 million investment in the Project by the government of Lebanon will require ratification by both the Lebanese parliament and the government. No ratifi- cation has been done to date.

Over the last few years, the Beirut Stock Exchange (BSE) has been aff ected by the general economic and financial crises as well as the political situation in Lebanon and as a result, the BSE has recently signed a lett er of intent with the New York Stock Exchange in order to launch, over the coming two years, an advanced electronic trading system for the implementation of a new trading application platform.

This is one of the most advanced electronic trading systems in the world and will contribute to the credibility of the Lebanese financial market for investors. This system will also increase the supply and demand movement and strengthen the investment confidence in Lebanon and the economy.

The purpose of the new system is to encourage the listing of Sukuk (Islamic bonds) on the bourse and attract financing through financial markets as well as the banking sector, which will support the expected growth in equity listing and the entry into new asset classes in the Lebanese markets.

All of the banks in Lebanon are likely to be involved in this kind of activity because there is a lot of profit to be made in the financial market besides traditional lending, and examples of the banks are Blom Bank, Bank Audi, and Byblos Bank, among others.

Aftermath of the Beirut Port Explosion: Between Law, Insurance & Sympathy

Two weeks ago, more than 2,000,000 people living in the City of Beirut survived the impact of one of the...

Beirut Blast - You May Have Coverage for Damage

Potential Compensation Sources The tragic and catastrophic explosion that occurred in Beirut, beyond the immediate health and safety concerns, raises...

The method used to tap the real attitude of the main Islamic industry players in Lebanon has raised several questions:...